Enchanting is an understatement to describe Dumaran – the next big tourism destination in the 2nd time World’s Best island, Palawan. Tucked five hours northeast of the province’s gateway, Puerto Princesa City, this municipality is a paradise to those who live for underwater wonders, a dream for those who chase for silence with nature, a nook for the people who love outdoors and another chance for those who want an affordable weekend escape. 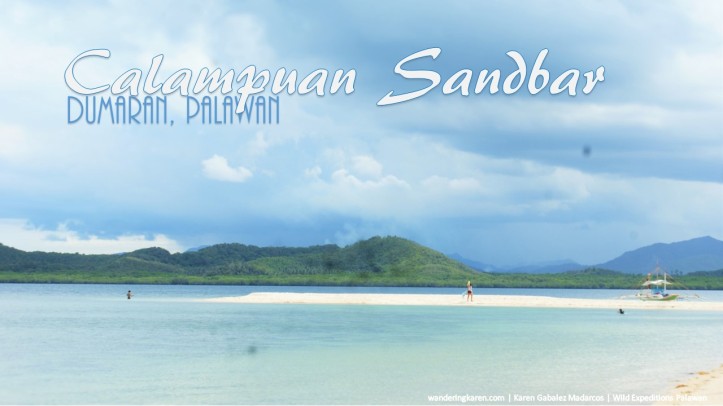 Before the summer ended, I was invited to join the #WildExpeditionsPalawan to their #ExpeditionUnknown to discover what Dumaran can offer – and this is our experience. Read on and plan for your next weekend and holiday getaway! Travel tips are also available.

The #TeamWild left for Dumaran chasing the fiery sunrise.  After more than five hours of stop-overs and bladder breaks, incessant chatters and laughter, occasional silence and naps, sagging wooden bridges and puddled roads, we arrived at Barangay Sta. Teresita and met with the local guides headed by Pastor Leovi. When the short introduction and briefing was through, we loaded our gears to the boats and in the post summer heat, we headed to Dumaran Island – the seat of the municipal government.

I have been excited for this exploration for weeks and had been jealous of Instagram posts of corals and divers popping in my feeds. However, none of these showed the mystery of the half-done unnamed fort at the end of the harbor  and the rusty anchor below it that seem to welcome us when we arrived. The munisipyo perched on top of the hill gave us the view of the Sulu Sea and the islands. If you want more of this and likes to have a peek of Aracelli too, you can hike up to Mt. Turing for more or less 30 minutes in your visit. 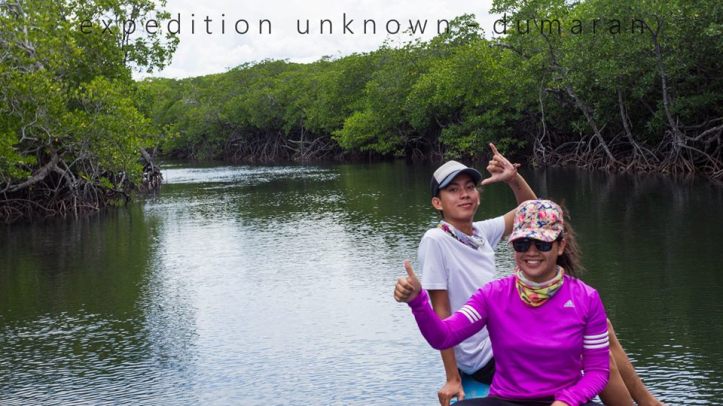 Leaving for lunch has never been more serene as we passed we passed through a long undisturbed mangrove channel in the middle of the sea. The silent cruise led us into Maruyog-ruyog Island where the stark white concrete plank dramatically winding from the shore towards the cottages rendered us in awe of its picturesque view. A delectable set of lunch was served and the #TeamWild braced three days of underwater adventure and two nights of beach camp … and here’s what happened.

Snorkeled, Swam and free dived at the reefs

The best experience Dumaran can offer is sunken under its pristine azure waters. There are five diving and snorkeling sites that we tried, all uniquely massive and equally magnificent in their own way. The Hardin Coral, our first stop, left us all in awe of its blue stag horn corals and that seem to glow in the middle of other hard pastel colored ones where small fishes plays in and around. The reef few meters away from the fine white sand beach of Renambakan Island boasts with stretch of wonderful hues of cabbage, boulder, brain and table corals that seem to steeply cascade down to the deeper part of the atoll. The Encantasia island is also one of the famous snorkeling site that we visited, you can take your lunch there after a long and exhilarating underwater adventure in your visit. All of the sites are all thickly covered with diverse corals and rich biodiversity, but the Matarawis Reef, the shallowest, you can even see the corals from the boat – boasted the largest clams that I have ever seen in one area where pallete surgeon fishes, aka Dory fishes, seem to be just everywhere.  The seemingly bottomless expanse of the ocean in Queen Coral shrank me of fear when I swam from the boat, but its incredible underwater treasure at the shallow part of its waters is just worth it – we even saw a clown fish family in their own anemone home. 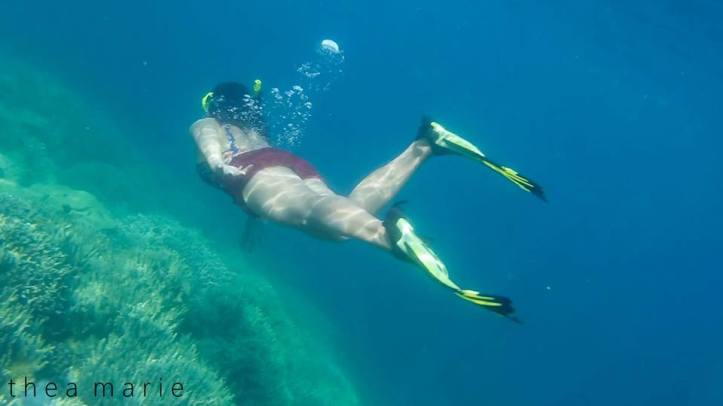 Camped, dined, star gazed and fished on the islands

Our first night at Dumaran was spent in the Renambakan – an uninhabited island surrounded by white fine sand with the view of lush mountains of the mainland and occasional sightings of teasing school of large tunas. We pitched our tents just before dusk, its colors contrasted with that of the setting sun. While some cooked for our dinner, some freshen-up with their five-dipper water allowance,   some fish with the improvised gear and some enjoyed the faded laughter of the younger members of the team playing along the shore, creating soothing ripples of  water, the planktons shimmering with every rush. After the hearty warm fresh dinner, some of which are from the afternoon’s catch, torches were buried in sand, portable stereo was set up and drinks were served and beneath the stars that seem nearer and brighter than it should be, the team gathered into the small circle and shared stories of travels and adventures, advices and comforts. When the night went deeper and the tide lower, some of the team members went “pang-ilaw” and catched shells, squids and octopus, sea urchin, crabs, shrimps, fishes and some seaweeds, occasionally bumping into some eels while luckily avoiding the disguised stone fishes along the way.

More snorkeling discoveries and the trip to Mareneg highlighted the team’s second day with picturesque rocky outcrops at the tip of a long undisturbed white beach where a family hosted our lunch. With the storm forming ahead, we decided to return to our campsite and halfway through, we got drenched with an unforgiving rain in the middle of the rough sea. Those sitting in front of the boat used the spare snorkel to shield their eyes from the salty waves occasionally splashing the boat. When we got closer to Calampuan Island, the clouds cleared and we were greeted by the magnificent sight of the vermilion sun setting behind the mountains. Night fell, stars appeared, drinks were served and laughters faded.

How to get there

Dumaran is a third class municipality located more or less 200 kilometers northeast of Puerto Princesa City. It is accessible via vans that leaves San Jose Terminal twice a day (5:00 AM and 1:00 PM) for 350.00 PHP and buses for 300.00 PHP. Travel time may vary from 4 to 6 hours.

The port, the take-off point to the Islands where all the snorkeling, diving and camping sites are, is located at Barangay Sta. Teresita. An accommodation called Stranded House is available right at the port for 200.00 PHP for two person per night – other lodgings range from 350.00 to 450.00 PHP per room. If you plan to camp, you have to bring your own gears and kits. The basics such as insect repellent, sunblock, drinking water, tissue or wet wipes, alcohols, toiletries, food mixes, knife, flashlights, lanterns, blanket, sleeping bag, tarp, insulator and power bank is a must — there’s no electricity in the campsites.

Dumaran, unlike other destination in the province, has not been fully exposed to tourists so please Leave No Trace and bring along with you some trash along the way.

For Do-It-Yourself warriors, you can contact Pastor Leovi at 09302610066.  The day tour is 800.00 per person per day, plus 500.00 PHP overnight camp and 500.00 PHP for the boat. Please note that Dumaran cannot be toured without guides. For hassle free extra-ordinary Dumaran exploration experience, contact Wild Expeditions Palawan at 048- 4341073 and https://www.facebook.com/wildexpeditionspalawan/  or visit their Office at Unit 207, 2nd Floor, HRPV Bldg., Rizal Avenue, Puerto Princesa City.

The Thank You Part

Thank you so much WILD Expeditions Palawan for making it possible for me to visit this beautiful place. This exploration will also not be as amazing as it is without these wonderful people:  Sir Rommel and Ma’am Anthea Estares of WildEx, Thea Bona, Ate Kareen Gonzales, Ate Karen Tecson, Ate Rose Blanca, Pet Castro, the Kids – Omo and Keanne, Sir Jojo Orcullo of Asiano, Pastor Leovi and the Local Dumaran Tour guides – and oh – hi, Love!

*some photos are from Sir Rommel Cruz and Thea Bona 🙂